Innovation is not driven by money and power. Why? Because money and power are both influences that promote a feeling of fullness, or self-sufficiency. To many people, these are the end goals. When you reach your goals, innovation tends to dry up. Especially when the competition gets left behind.

It appears to be an unfortunate truth that relative power often robs innovation; that it becomes blind, and even indifferent, to opportunity. The reality is, you’ve got to be sufficiently motivated to innovate, and as companies become more fulfilled, that motivation wanes. In last week’s post, part 1, I argued that the competition between Android and iOS has been good for both platforms; that competing for the same customers has prevented either platform from getting “full”, which has motivated continuous innovation. 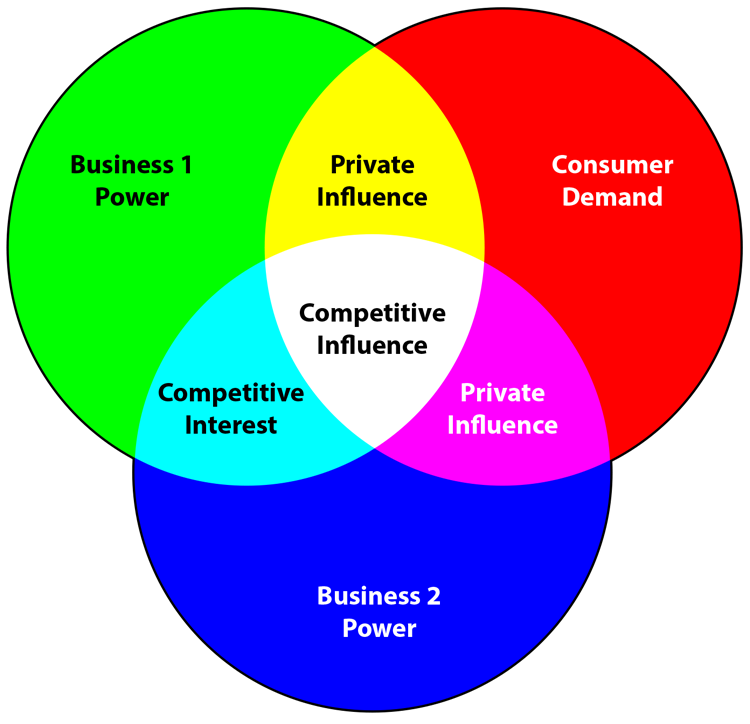 I’ve created a couple diagrams that show the relationship between two competing companies and the consumer demand they fight over. The first shows two companies with equal power, and the second shows very unequal power.

I believe the first diagram represents a circumstance that drives massive innovation. A few observations I’d like to point out about this diagram are: 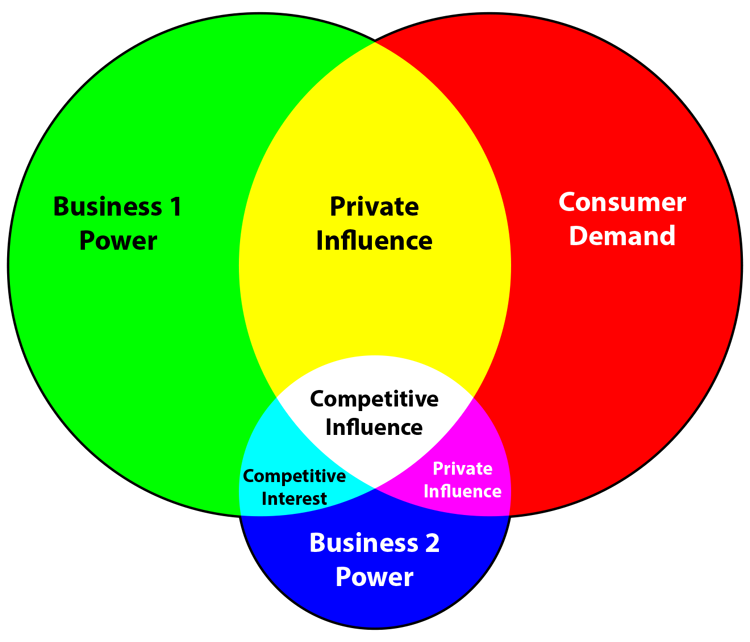 Now, instead of me continuing to monologue about the sources of innovation, I would love to learn what insights you’re picking up from the diagrams.

Assuming you are Business 2, what strategy could you use to grow your business?

Assume Business 1 is WordPress, and Business 2 is Business Catalyst. What could BC do to increase its influence?

If you enjoyed this article, please consider following me on Twitter, connecting with me on LinkedIn, or subscribing to my email list. There's plenty more to come!